#play14 is a worldwide gathering of like-minded people who believe that playing is the best way to learn, share and be creative!
(Official #play14 website)

#play14 was born in Luxembourg in 2013, from the idea of four enterprising agilists, as a response to a shared feeling of frustration: the tickets for the long-awaited “play4agile” event ran out well in advance. Many were excluded, but unlike the rest of the people, the four agilists chose the path of creativity over that of despair.
Out of respect for the organisers of “play4agile”, the four made sure it would not be a problem to hold a similar event in Luxembourg. So, towards the end of 2013, they met in a bar in the capital of the namesake country and came up with #play14.
The event was officially launched on 14 March 2014 (hence, its name). 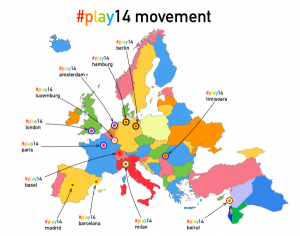 Back then, we had no idea if it would work, of what it would eventually become, and that a couple of years later, #play14 would be present all around Europe. The rest is history…
(the founders, from the official #play14 website)

#Play14 is a two-day “unconference” dedicated to serious gaming, where the theme of gaming is a tool for team building, retrospective analysis, learning, modelling, problem solving and many more.
Unlike traditional games with pre-established rules and themes, the structure of the unconference directly asks the participants to establish the programme for the two days, proposing and choosing together contents, times and places of the activities.

There are only two rules. There are four main principles: The first italian edition of #play14 dates back to 2016, proposed and organised by the Agile Reloaded team. 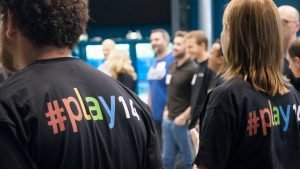 After having participated in and actively experienced the two previous editions held in Luxembourg, some reloaders thought it was a good idea to bring this new learning and sharing format to our country. The success was so surprising, that the event has become a fixed annual appointment.

After the standstill due to the pandemic, there is great excitement for the next edition: 15-16-17 of September 2022 at FutureLab, Bologna.

What are we playing?

Below are some of the activities organised during the past Italian events.

What will you learn?

#play14 is and always will be 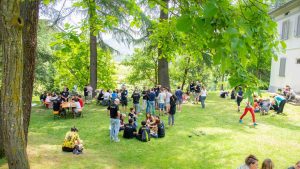 For more details on past editions, the organisation and the various activities, we invite you to read the articles published in the online magazine Mokabyte: