#play14 is a non-conference on serious gaming: during two days, the game is the real protagonist and learning, sharing, growing, analysing, enjoying, discovering tools.

The fifth edition of the event concluded on saturday 17 september 2022.

After three long years apart due to the pandemic, about 130 people (old and new participants and organisers among them) gathered at Future Lab, a location in Bolognese hills surrounded by greenery and silence which is perfect to inspire creativity, listen to emotions and live the experience together!

Partly because of the almost uncontrollable energy released after years of waiting.
Partly due to the international atmosphere, enriched by the presence of a colleague from the UK team, coming from Mexico.
Partly for many new faces and for the strong relationships they created.

For many, it was the first time at #play14 and for much more at a real non-conference. Introducing them was the occasion to remind some important details and the structure of this kind of event.
(For deepen, please read this article on our blog).

Early hours of the unconference: the mascotte of #play14!

Thursday, 15th of September. It is only a few minutes from 5pm and the first participants are arriving, welcomed by the staff of Agile Reloaded still at the mercy of last preparations and led to the registration desk.
In parallel, a series of icebreaker activities were entertaining those who had already laid down on the lawn or on a banquet.

The afternoon continued with the introduction of new participants, then a fast reminder of the rules and principles of the unconference and finally the first social game: the mascotte of #play14, thanks to which participants could test and share their abilities of team working and coopetition. 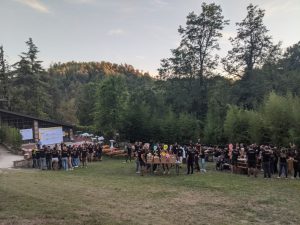 During the first day, people dedicated themselves to getting to know each other, gaining confidence and understanding what was going on. They are the most important moments to create an informal and relaxed environment, of sharing, collaborating and mutual trust.

Friday, 16th of September. It starts to get real: it is the time of the marketplace, a place for proposals and negotiations.

In this occasion we could deepen understand the gripping strength of #play14.

Already during the fourth edition in 2019, something was changing: the audience was renewing and professionals from different sectors were starting to participate, alongside ten-year agilists who were already using serious games during their daily activities.
This year, this dynamic was consolidated: among the new faces there were many young coaches, scrum masters or newly-hired agilists, and many others came from worlds away from Agile.

Everyone participated in the marketplace: both new and old participants, all shared their ideas and the board began to colour.

What game have we played?

During the second day, there were countless activities to offer; here we list them all and deepen some. 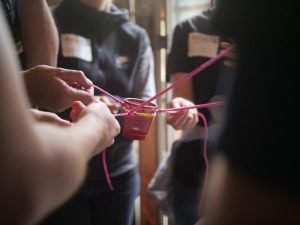 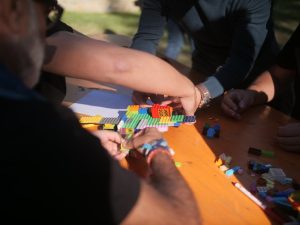 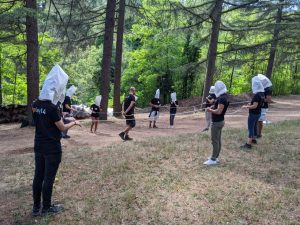 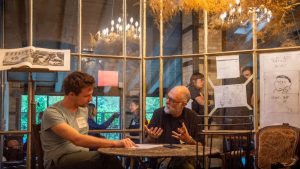 Finally, the Coaching Corner was proposed for the first time at #play14: an opportunity to test the effectiveness of the “half-hour coaching”, through individual sessions with experts from the Agile Reloaded team.

The second day ended with an engaging but tiring Human Bingo session and a series of original icebreakers (God bless the dinner catering!)

Third day: crying sky but don’t give up!

Saturday, 17th of September. It was raining, but everyone wanted to play, aware that it would soon be over. Each proposal was accepted and teams were distributed inside the interior spaces of the location.

What game have we played? 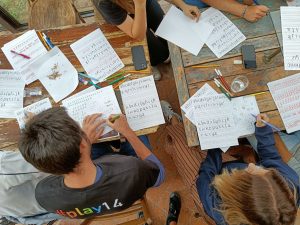 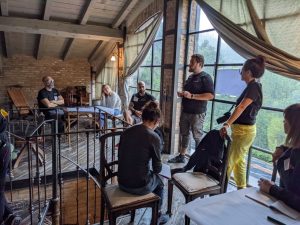 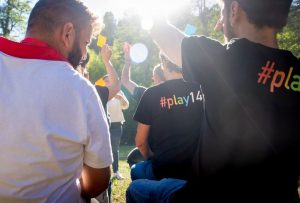 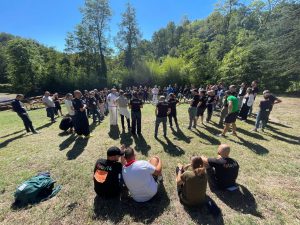 In a small space of time between activities during the afternoon, everyone (participants and organisers) were entertained in a group session of “Taekwondo”: this was not an usual class, but a reflection meeting using teachings and movements taken from the world of martial arts, to reflect on the relationship between people.
Despite the tiredness and the early departures, the desire to play until the last second never waned.